In the traditionall “Viennese Cafe” you do not just drink “a coffee”!

You enjoy a “Kleinen Braunen”, you dribble your kipferl into the “Melange”, you sipping your “Schale Gold” or downwelling on a “Einspänner”. In no other city there are so many coffee specialties and refinements of this drink as in Vienna.
Every coffee specialty is served on a rectangular or oval silver tray with a small glass of water. 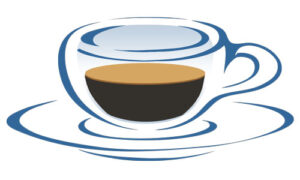 Mokka or Mocca or Mocha

A mocha is a very strong coffee, which is prepared in the mocca cooker. In this machine, the water is boiled upwards through the coffee grounds.

“Mocha, Mocha, Black or Piccolo” is also a particularly strong coffee infusion with a fine-pored cream, served from the espresso machine in the traditional Nuss or Mokka Cup. It is served small or large, without milk and without cream.

Amount of water 25 ml per cup, 6-8 g ground coffee beans of an espresso roast, brewing time approx. 18-22 seconds. Only sugar is allowed as an addition.

Espresso, small or large, prepared with less water than a “Brauner”. Can be drunk black or with milk or cream.

Espresso with cream (not milk)

Espresso, small or large, mixed with the right amount of cream so that it becomes a golden color.

Espresso, small or large, mixed with the right amount of cream so that it becomes a the color of a walnut.

in the past it has also been called „Weisse“

The most traditional and popular Viennese coffee specialty is an espresso in a piccolot with hot milk, which is poured with a touch of cream. This results in a mixture (“melange” = french for mixture or blend) half milk and half coffee which is finished with a hood of frothed milk.

If you want to learn the subtle nuances, it requires additions when ordering: “more light” or “more dark”, and who is a connoisseur, supplements “without” which means the addition of frothed milk .

And for those who take it quite traditionally here the “old distinctions” of the Melange:

Espresso in the piccolo cup is “stretched” or extended with hot water.

“Verlängerter” espresso with an egg yolk and two coffee spoons of honey are mixed with a shot of brandy. At the Kaisermelange, the egg yolks gives the coffe a nice brownish coloure, instead of milk.

In Vienna a half a pair of sausages, a “Fiaker” (horse-drawn carriage) with one horse, or the coffee served in a glass with an handle and a dash of whipped cream is called “Einspänner”. It has its name from the Viennese Fiaker coachmen who, due to the lack of food after the First World War, drove their carriages only with one Horse, the “Einspänner”.

The fiakers had to hold the horse with one hand, so the hot coffee had to be served in a glass jar. Glass and drink are called “Einspänner”.

One mixes in the traditional “Einspänner” glass (glass with handle) an espresso with some sugar and garnishes the whole with a hood or “Schlagobers” (whipped cream).

Add a shot of “Kirschwasser” (cherry schnapps) and you have another Viennese coffee speciality – the “Fiaker”.

An espresso is mixed with a few drops of cream until it has the color of the cowl of a capuchin, and sprinkled on top with cocoa or grated chocolate. And so this coffee was called Capuchin – in German “Kapuziner”.

The Kapuziner was a specialty in Austria long before the Espressomaschine was invented in Italy.

During times the Kapuziner became Cappuccino. How did this happen? There are some legends about it. The fact is that Kapuziner translated into Italian is Cappuccino.

Nowadays we all drink the well-known cappuccino, which has little in common with its original form.

A double espresso is mixed with double shot of rum and sugar, served with a cinnamon topping and whipped cream, served in the “Einspänner” glass.

A double espresso is mixed with cherry schnapps and sugar, garnished with a “Schlagobershaube” and served in the Einspännerglas. Its name was given to this coffee, probably because it was drunk by the “Fiakern” between two fares.

The Turkish “Kaffeekanderl” (samll coffe jug) remained in the coat of arms of the Viennese coffee-maker as a souvenir of the year 1683, just like the “Kipferl” symbolizing the Turkish crescent.

Turkish (extremely fine) ground coffee, is blended with dust of sugar (to taste) and sometimes also with a pinch of salt and abundantly of it in the Turkish Kaffeekanderl. Fill the Kanderl up to 2/3 with fresh water, let it boil over fire twice and quench with a few drops of cold water, so that the coffee grounds are set to the ground. Turkish coffee is served only after it boiled three times. Traditionally this specialty is flavored with ground cardamom and served with a piece of Rahat.

Turkish coffee is always served without a spoon, otherwise the coffee grounds would be stirred up. Therefore the sugar is already added during the preparation.

“Verkehrt” (means the other way around) because that coffee contains more milk than coffee. Coffee is mixed with milk in a ratio of three to one.

Traditionally, a small espresso is poured into the Teeschale with a mixture of milk and cream. Nowadays the coffee is mostly served in a tall glass – similar to the cappuccino in an Italian espresso.

Unfortunately, this coffee specialty, although once very popular, has been completely suppressed by the cappuccino or caffe latte.

Viennese Ice-Coffee has been around for ages. Already the Cafetier Milani served this coveted delicacy in his “Lemonade Tent” at around 1790.

Pour the vanilla ice-cream into a tall glass, pour in cold, strong, sweetened black coffee, and serve with whipped cream dome with hollow sugar rolls, a straw and a long-stemmed ice spoon.

The Viennese ice-coffee really consists of coffee and ice cream, not to be confused with:

The Franciscans were the eponym for this wholesome Viennese coffee specialty by the color of their religious dress. A temptation for everyone who likes to enjoy sweet, viscid coffee. Already in the time of Wallenstein, who was known to have no coffee at all, it was a Franciscan friar who acclaimed to all: “Be awake, lest you fall into temptation.”

A small espresso with lots of milk, 2 coffee spoons of whipped cream, chocolate sprinkles and sugar served in specialty glass.

The “Obermayer” is named after a musician of the Vienna Philharmonic.

Sweetened large espresso on which a thin layer of cold cream floats. Coffee is poured over the coffee spoon. The hot coffee is drunk through the cold top and must not be mix beforehand.

Hot double espresso with a shot of Cognac (French Brandy).

A single espresso sweetened with liquid sugar, seasoned with orange liqueur and a hood of whipped cream topped with colorful sugar sprinkles.

Lemon and orange peel, sugar, cinnamon and cloves are doused with Grand Marnier, coffee added and briefly heated, strained into a glass and with cognac flambéed.

Double espresso with a dash of cream.

Double espresso with vodka and honey.

The meaning of the name is “The overturned Neumann” (whereby “Neumann” is the name of a person). Put whipped cream in an empty coffee cup and “overturn” it with an espresso.

One tenth of espresso coffee and nine tenths of a cup.

A strong espresso is blended in the glass with maraschino, spices and liquid sugar and ice cubes are added. It is more or less a longdrink.

Sweetened Asbach-Uralt-Weinbrand (brandy) flambéed, let it burn a bit and extinguish the flames with an espresso. Season it with vanilla-flavored whipped cream and chocolate sprinkles. Serve it (if available) in the traditional “Rüdesheimer” cup.

Heat up Whiskey with brown sugar in an Irish coffee glass over a candle, flambé the whiskey and immediately wipe off with strong black coffee, cover the surface with a half-whipped cream and serve without a straw.

Coffee and cream in separated jugs.

Single Espresso with hot water served in a “Laufglas”